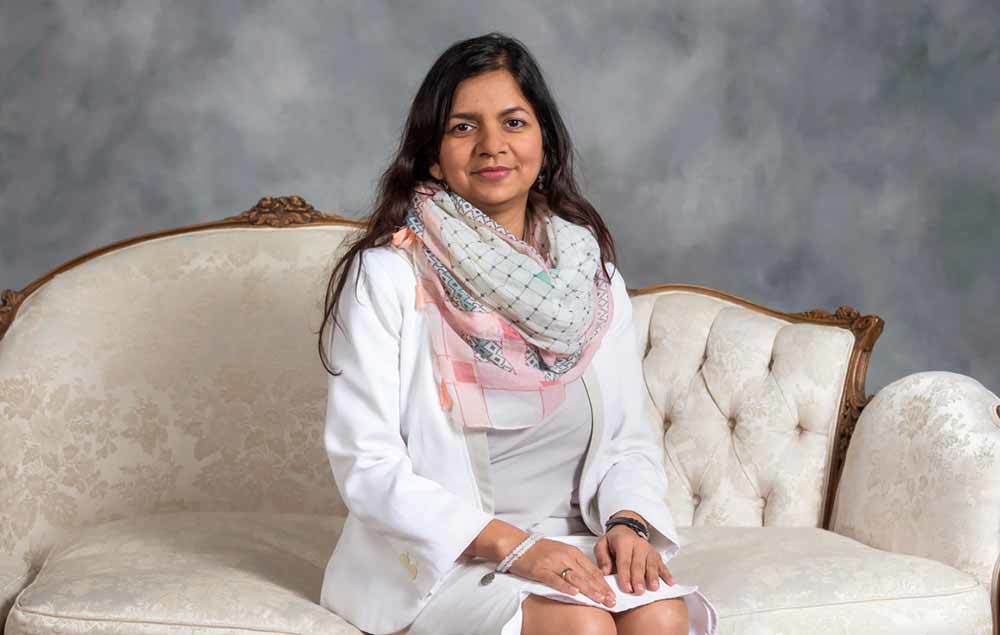 Krupali Krusche speaks of the buildings she’s been documenting since 2007 – the Tombs of Agra, the Roman Forum and the Taj Mahal – not as part of some grandiose field of study but through the simple definition of architecture – the creation of a habitat and living environment for people.

Krusche, an associate professor of architecture, was first exposed to neoclassical design in 1997 when she received a scholarship to attend a two-month summer course in the United States. After returning to her native India, she began a quest to understand the different languages of architecture and design, obtaining a bachelor’s degree from Bombay University and a master’s in architecture from Dessau Institute of Architecture in Germany.

At Notre Dame since 2005, Krusche appreciates the School of Architecture’s neoclassical instruction that focuses on conservation and investment.

“I was so excited to work with people who work with traditions,” she says. “Notre Dame has a long-standing tradition of going back in history and understanding what was the best model to be able to design today’s buildings accordingly.”

Digitally documenting the Taj Mahal and the Roman Forum are certainly major triumphs. Yet, Krusche considers her greatest accomplishments to be the work she has done in rural areas of Nepal and Romania, where she uses past design to conserve and invest in future structures.

In Romania, she’s been leading teams of undergraduate and graduate students to study 16th-century Transylvanian villages. The pastoral societies in these locations, like villages her teams have studied in rural Nepal, are untouched by modern development. Not only has this work led to an understanding of how to restore and maintain the structural architecture, they are designing ways to sustainably modernize these villages. They are also studying the cultural architecture of life in these self-sustaining villages.

“These people, they have chickens from their neighbors, they get milk from another neighbor. Another neighbor makes the bread. They have no shops in the area,” she says. “We want people to understand that the local, sustainable lifestyle in these villages is much better than the bigger, mall-type lifestyle we have today.”

That self-sustaining model has been threatened recently by modernization and political developments. These remote Romanian villages are expected to comply with modern laws and codes in the European Union that aren’t easily adaptable to the model these people have lived in for hundreds of years. Krusche and her team have been working to raise awareness that modernized ideas or laws may cripple or even destroy the way of life in these villages.

Preservation is the common thread in all of Krusche’s projects. In 2007, the Notre Dame School of Architecture established DHARMA, the Digital Historical Architectural Research and Material Analysis, with Krusche as its director. DHARMA has been using 3-D laser scanners to digitally preserve World Heritage Sites like the Mughal tombs and the Taj Mahal in India and the Roman Forum in Italy.

If these historical sites fell prey to disaster, these 3D scans would provide the blueprint to restore or reconstruct them with detailed insight into their composition and construction.

Up next, Krusche will begin work on the Vatican’s Belvedere Courtyard in the central part of the Vatican. DHARMA will initially map the courtyard and create a timeline of the different renovations and restorations that have taken place over the years. Once that step is completed, Notre Dame nuclear physicists Ani Aprahamian and Michael Wiescher will study the material composition of the layers of the courtyard and of each restoration. Finally, engineering professor, Tracy Kijewski-Correa will add information about the structural stability of the monument.

Eventually, the Vatican will be presented with a complete, 3D picture of the courtyard to allow those who will restore it to understand, read and study the space in a visual way.