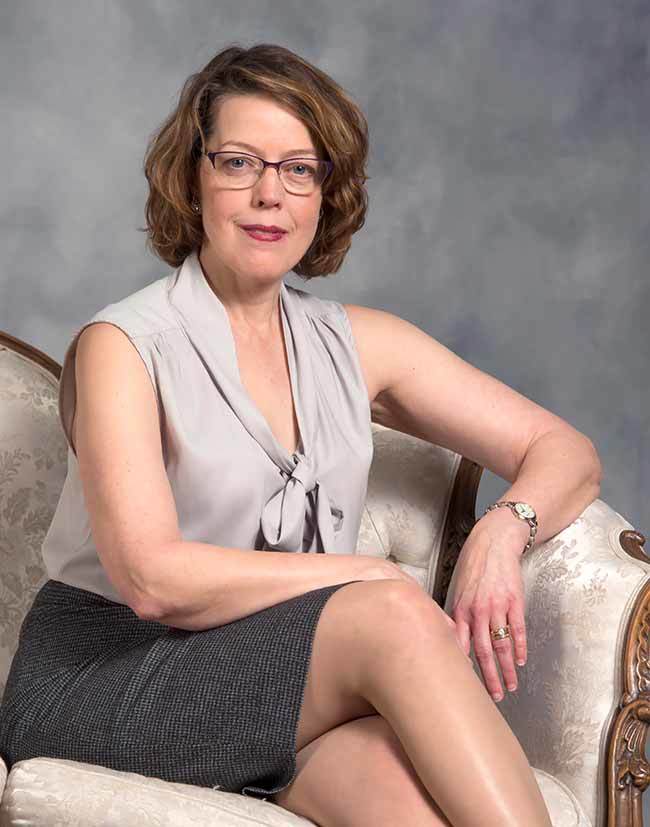 The searing image of a naked girl running down a road after napalm had burned off her clothes in war-torn Vietnam stunned another child in Chicago in the mid 1960s. Mary Ellen O’Connell grew up with a father in the Army Reserve and two uncles in the National Guard during the Vietnam War, which was a frequent topic of family conversation.

“I grew up as a Catholic always thinking about the Pope and praying for peace in the world,” said O’Connell, Robert and Marion Short Professor of Law and Research Professor of International Dispute Resolution – Kroc Institute for International Peace Studies. “Christ taught that the peacemakers were blessed and that was something to strive for as a vocation to be a peacemaker. I had the sense that I could commit myself to working for the end of war.”

By her junior year of high school when she took an international relations course, she knew she wanted to practice international law. And in the decades since, she has dedicated her career to helping find ways to achieve peaceful settlements and prevent violence.

“I’ve always been more interested in mercy than justice,” O’Connell said. “Reconciliation. Peace. Not retribution or the ‘just desserts’ side of the law.”

O’Connell’s research focuses on the areas of international law on the use of force, dispute resolution, and international legal theory. Her hope is to educate people on the rule of law to make better policy decisions to prevent and end aggression.

“The single most important reason to prevent and end armed conflict is to avoid extraordinary human suffering,” she said. “Most people are aware of the physical and psychological injury. The loss of hopes and dreams. The loss of people’s homes that they loved and committed themselves to. That level of suffering should just never happen.

“That’s why I think that all of us should have this as a goal. We have the tools. We know how to prevent and end this kind of violence. I’m looking for a way to encourage people to be hopeful and with commitment on their part and demands on leadership, we can implement these systems.” The world has systems of dispute resolution, diplomacy, and rules that provide alternatives to war.

O’Connell seeks to use education to encourage people toward non-violent answers. Her research and participation in national and international debates aimed at revealing the history, legal scholarship, and social science research, all teach the way to achieve good governance, to escape corruption and despotism is through peaceful means.

“To pick up arms and respond by violence, this is not the way forward,” O’Connell said. “Peaceful means - peaceful protest, persistent, peaceful demands take longer - but those means are far more effective.”

Without that focus on peaceful means, O’Connell says, outcomes look more like the Ukraine and Syria.

She cites tension in the South China Sea as an example of a point at which good decisions will decide whether the region finds peace or armed conflict. History shows that many similar maritime boundary disputes have been resolved through the International Court of Justice.

“I do my best to persuade as an educator that to resolve title to an island through legal means is the only way that makes sense,” she said. “There are individuals in harm’s way – civilians. And armed conflict in the South China Sea would cause terrible environmental damage.”

As a scholar of international law and the use of force, O’Connell is one of a small but growing number of women. One of her heroines, Chicago’s Jane Addams, was an early anti-war activist before and during World War I.

“She got involved in opposing use of force, opposing war, because she saw the harm to women and children in particular in the conflicts in Europe while caring in Chicago for widows, orphans, and badly injured soldiers,” O’Connell said. “She understood the nonsense of that and the suffering – particularly psychological suffering – ahead of her time.

“Many of the people who were attracted to this area aren’t people interested in preventing war, but those who wanted to find loopholes to continue war while still claim they complying with law. These issues would have drawn more interest from women with a focus on preventing war.”

At Notre Dame, O’Connell said she enjoys being in a place where both her work and her faith can flourish.

“My interests in the particular area I work is out of my Catholicism and I find constant refreshment and support at Notre Dame,” she said. “Being here has opened other doors – including serving as a Senior Law Fellow at the Center for Theological Inquiry in Princeton last year – that has opened up this whole new alternative way of achieving peace drawing from aesthetic theory."

After earning a bachelor’s degree in history from Northwestern University, she was the first student from Northwestern to earn a Marshall scholarship and studied at the London School of Economics and Cambridge University. At Cambridge, she was able to study international law with the leading scholar on the use of force at the time. She later earned her juris doctor from Columbia University. After several years at a Washington, D.C., law firm, O’Connell began her academic career at Indiana University and then won a Humboldt Fellowship to conduct research in Germany. While in Munich, the U.S. Department of Defense asked her to join a new program aimed at assisting former Soviet bloc nations in their transition to democracy. For three years she taught dispute resolution, conflict prevention and the use of force in the context of international law to civilian and military defense officials. She also met her husband in Germany, a combat veteran and Army interrogator.

O’Connell’s priority is to have an impact on the discussions of the use of force. She has been active in the debates with Administration officials and other academics about what international law says about the use of force, including drone use.

“Where I think I have made a difference is in reminding people of what the law actually says and why it’s important to be faithful to that understanding, not diluting or dumbing down the law in order to achieve short-term policy goals in using military force,” she said. “I know I’ve at least been able to keep the conversations more honest."